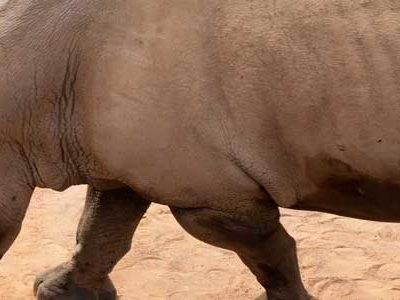 Earlier today, six black rhinos were loaded for transport from South Africa as the result of an unprecedented international collaboration among South Africa’s Department of Environmental Affairs (DEA), the Chadian Government, South African National Parks (SANParks) and African Parks, to reintroduce the species to the Republic of Chad.

These rhinos are being translocated by air over 3,000 miles from South Africa to Zakouma National Park, a park that has been managed by African Parks in partnership with the Government of Chad since 2010. While the country’s last black rhino was recorded in 1972, over the past seven years poaching inside the park has essentially been eliminated, elephants are on the rise for the first time in over a decade, and extensive measures have been taken to establish Chad as a rhino range-state once again. Read more here